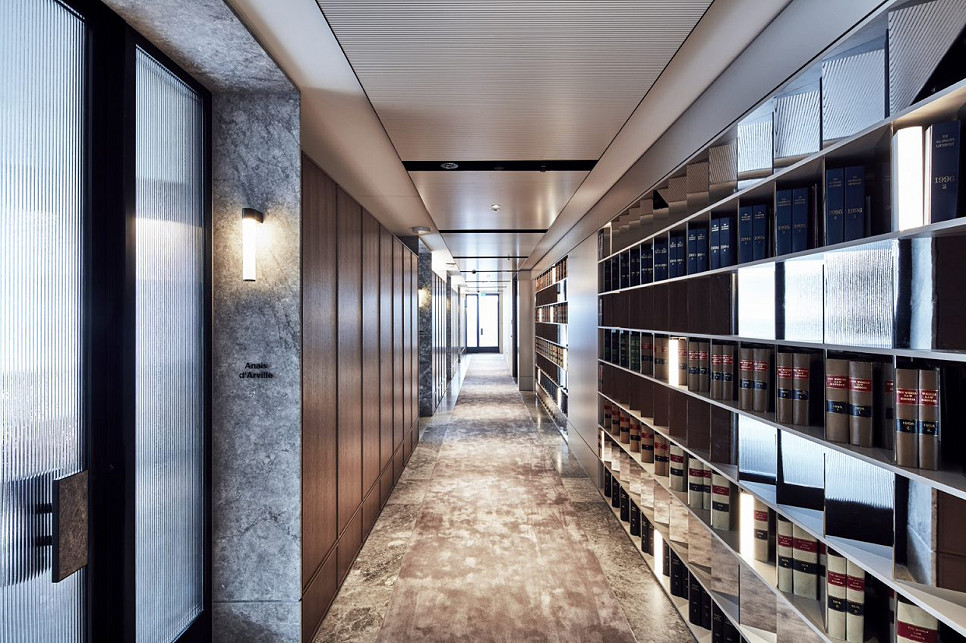 Final hearings are increasingly proceeding with virtual courtroom technology. This update focuses on recent contested adjournment applications, examples of how the Courts and legal practitioners are making virtual courtrooms work in practice, and the High Court’s new arrangements for special leave hearings.

Applications for adjournments were refused in two of those matters – being a class action against Ford Australia before Perram J in which Fiona Roughley appears for the Applicant, and proceedings brought by ASIC against GetSwift and its directors before Lee J in which Ruth Higgins SC appears for one of the directors. Both cases involve multi-week hearings commencing in June, a considerable number of lay witnesses, and expert evidence to be led from overseas-based experts. In the GetSwift proceedings there is the further complication that individual respondents facing criminal allegations are currently overseas and unable to attend the hearing or give instructions to their representatives in person.

In the last week, Perram J and Lee J have each published judgments emphasising the importance of the Court continuing the fulfil their role in administering justice so long as the procedure adopted is not unfair or unjust to any party. In Capic v Ford Motor Company of Australia Limited (Adjournment) [2020] FCA 486, Perram J observed that “public institutions such as the Court must do all they can to facilitate the continuation of the economy and essential services of government including the administration of justice”. In ASIC v GetSwift [2020] FCA 204, Lee J similarly observed that “[t]he work of the Court needs to go on”, and that it was consistent with facilitating the just resolution of the dispute to maintain the hearing date.

In the third matter – Roberts-Smith v Fairfax Publications Pty Ltd (No 4) [2020] FCA 614 - defamation proceedings brought by former SASR soldier Ben Roberts-Smith in which Sandy Dawson SC, leading Christopher Mitchell and Lyndelle Barnett appeared for the defendants, Besanko J determined to adjourn the forthcoming hearing, but the circumstances might be considered exceptional and unique. First,  much of the proposed documentary and witness evidence is the subject of theNational Security Information (Criminal and Civil Proceedings) Act 2004 (Cth), which provides a framework for dealing with the disclosure, storage, handling and adducing in evidence of national security information. Besanko J concluded that, in the unusual circumstances of this case, virtual courtroom technology could not adequately protect the confidentiality of sensitive national security information.

Second, the credibility or reliability of key witnesses are likely to be "crucial" where the imputations arising from the publications complained of are "very serious indeed." In those circumstances His Honour determined that having the parties give evidence in person to permit them a "fair and proper opportunity to present their respective cases" was reasonable.

The High Court listed the April special leave hearings on 17 and 24 April 2020 by means of video-conference facilities to judges sitting in Melbourne and Brisbane respectively. Counsel have the option of appearing from the Courtroom in Sydney on Level 21 of the Law Courts Building, or remotely by advance arrangement with the Court.

Last Friday morning, Justin Gleeson SC with Adam Hochroth and Cameron Moore SC with Anais d’Arville, appeared in the High Court at the first of these special leave hearings. Nettle and Gordon JJ sat in the Melbourne courtroom, participating by means of the existing AVL facilities. Justin Gleeson SC and Adam Hochroth participated from the Court’s Sydney Courtroom, using the Court’s AVL connection to Melbourne; Cameron Moore SC and Anais d’Arville appeared by video-link from Banco Chambers’ premises. It is useful to note that the Court imposed a limit of two remote links per party for each proceedings, meaning that if solicitors and counsel wished to appear by remote link, they could have only two links between them. Ruth Higgins SC will be appearing in the May special leave list.

Last week, Robert Newlinds SC appeared with Madeline Hall in a four-day trial before Black J using Microsoft Teams. Banco Chambers is facilitating the use of the software for the Court for this hearing, which has involved extensive cross-examination of lay and expert witnesses including on issues of credit. The trial has proceeded using a combination of a hard-copy court book and electronic documents which have been put to witnesses online, and subsequently emailed to the judge's chambers.

On 26 March 2020, Cameron Moore SC with Adam Hochroth (for the applicants) and Robert Yezerski (for the independent contradictor) appeared in the settlement approval hearing in the Volkswagen diesel emissions class actions.

The hearing was conducted by Microsoft Teams and lasted a full day, continuing into the early evening. The judge (Foster J) sat in court, with barristers appearing from at least seven different locations in Sydney and Melbourne as well as solicitors in both cities. Cameron Moore SC appeared from his home, with Adam Hochroth as junior in a separate location. A WhatsApp Group was used by them to communicate with each other and their solicitors to assist in answering questions arising during the hearing.

Group members in the class action were permitted to lodge objections beforehand and two group members were given access to the Teams platform to appear and address the Court. The judge was able to interact with those group members and respond to their questions.